A former 53-year-old information technology specialist for the Clay County School District was arrested Tuesday after deputies allege he stole $19,000 worth of equipment from several schools and then sold the items online.

The Green Cove Springs man was arrested at his home Tuesday afternoon after detectives claim he stole computer and audio-visual equipment, including computer monitors, televisions, projectors and computer memory kits from several schools he worked for in the county, according to the Clay County Sheriff’s Office.

Officials claim the man later sold the items, worth about $19,000, on eBay over the course of several years. The man was employed with the school district for eight years before the district learned of his alleged activities. 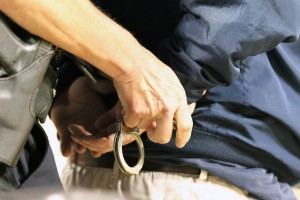 A former Clay Schools employee was charged with Racketeering on Tuesday.

According to deputies, the man used the money he received from the sales to pay his bills and purchase items for his family.

He was charged with one felony count of racketeering. He remained in the Clay County jail Wednesday with bail set at $100,000.

Racketeering is also known as RICO – the Racketeer Influenced and Corrupt Organizations Act. Under Florida law, racketeering is classified as a first degree felony punishable by up to 30 years in prison. This is a complicated offense due to the many outlets the government can use to prove you are guilty of these charges. Any person accused of racketeering needs to act fast to protect their rights and safeguard their future. A Clay County Criminal Defense Attorney at Whittel & Melton can challenge any evidence brought by the government and mount a powerful defense against RICO charges.

As with all criminal charges, it is vital to the outcome of your case that you fully understand the charges that you are facing. At Whittel & Melton, we can make sure you are aware of what the charges against you mean and that you comprehend everything that is happening. We will make sure you are updated on every step of the process from the start of your case through its resolution.

As former prosecutors, our Clay County Criminal Defense Lawyers have the knowledge needed to gain you a successful outcome. We can scour the prosecution’s case against you to identify any loopholes so that you have the strongest defense possible. We can begin helping you immediately, so please call us today at 866-608-5529 for a free consultation or fill out a free online case evaluation form by downloading our free app from the Apple App Store or get it on Google Play.