A Florida man plead guilty in early 2014 to attempting to defraud Medicare of more than $28 million after buying several rehabilitation clinics, including one in Venice.

The U.S. Department of Justice claims the man bought up the clinics so he could gain access to the clinics’ Medicare provider numbers. 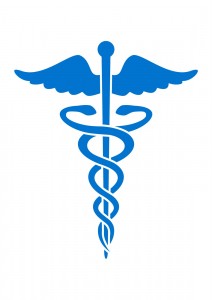 A Florida man faces up to 15 years in prison for attempting to defraud Medicare of more than $28 million after buying several rehabilitation clinics.

He faces up to 15 years in prison.

According to a Department of Justice statement, the man was the head of a Delaware holding company that he allegedly used to buy several comprehensive outpatient rehabilitation facilities and outpatient physical therapy providers throughout Florida in the mid-2000s.

Once they owned the clinics, the man and other company executives apparently obtained identifying information of both Medicare beneficiaries and physicians, which they then used to create and submit false claims for therapy services that were not prescribed and not provided.

DOJ officials claim the man and his co-conspirators forged patient records in order to hide the services they billed Medicare for that had not actually been provided.

The man and his co-conspirators are accused of filing $28.35 million in fraudulent claims with Medicare from 2005 through 2009. Medicare paid approximately $14.4 million on those claims, according to reports.

Authorities allege that once the man received enough Medicare money out of clinics, he sold the storefronts to “straw owners,” who were all recent immigrants to the United States and had no experience working in the healthcare industry.

The DOJ unsealed a 30-count indictment against the man and one of his co-conspirators, a 57-year-old disbarred attorney, in April 2012.

The 53-year-old man has pleaded guilty to two of those charges – conspiracy to commit health care fraud and making a false statement relating to health care matters.

Healthcare fraud cases cost the government millions of dollars each year. The government often makes mistakes and accuses innocent medical professionals and clinic owners of committing federal crimes in order to try and recover their losses from fraudulent claims. Unfortunately, when you are accused of committing Medicare or any other type of healthcare fraud, your family, career and reputation are at risk.

While federal prosecutors have virtually unlimited resources to pursue a claim against you, a Sarasota County Federal Criminal Defense Attorney at Whittel & Melton can tailor a specific defense strategy for you in order to successfully fight for your rights. We understand the billing and payment processes of government programs, including Medicare and Medicaid, and will work persistently to mount a powerful defense on your behalf. If you or someone you know is facing federal charges for Medicare fraud, please call us today statewide and toll-free at 866-608-5529 or fill out a free online case evaluation form by downloading our free app from the Apple App Store or get it on Google Play.