An 89-year-old Indiana man and the owner of an Apopka lily nursery pleaded guilty Tuesday in Detroit to transporting more than 1,400 pounds of cocaine to Michigan between 2009 and 2011.

The Michigan City, Ind., man is one of the oldest criminal defendants in Detroit’s federal court. He told the court that he had never committed a crime before and that he worked for drug dealers because he needed money.

The man was 87 in 2011 when a Michigan state trooper pulled his pickup truck over on Interstate 94, just west of Detroit. According to the trooper, the man was upset about what he would find in his truck and said, “Just kill me and let me leave this planet.” 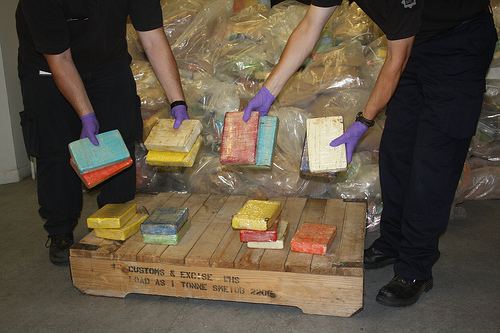 The man told a U.S. District judge that he was aware he was transporting cocaine.

Due to the man’s age, prosecutors are showing leniency by recommending a five-year prison sentence. This is a huge break since the sentencing guidelines call for a minimum of 14 years.

The man’s defense attorney said he will request that the man serve less than five years at the man’s next court date on Feb. 11.

The man apparently owes $500,000 as part of the plea deal and has agreed to give up his lily nursery in Apopka, Fla. Reports indicate he will be allowed to keep his Indiana home.

The crime of drug transportation refers to transferring drugs from one location to another. This can be done through plane, truck, car, mail and other methods. Federal charges could apply if the crime involves the crossing of state lines. Federal drug crimes cases will be investigated and prosecuted by Federal agencies such as the Federal Bureau of Investigation or the Drug Enforcement Administration. What you need to understand about these agencies is that they have unlimited resources and will do everything in their power to seek maximum sentencing penalties for any drug transportation case that they prosecute.

If you are facing federal drug transportation charges, a Florida Federal Criminal Defense Lawyer at Whittel & Melton can help you combat these charges and aggressively fight for your defense in federal court. Do not face these charges alone. We can provide you with a solid defense and fight for your rights throughout every step of your case. If you are facing drug transportation charges in federal court, let us help you work towards a favorable outcome. Contact us today online or call 561-367-8777 or reach us statewide and toll-free at 866-608-5529.