In one of several criminal justice reforms being pushed for 2020, the Senate voted 39-1 to relax some drug-related mandatory minimums.

Bradley noted that this was a “third rail” back in 2013, but now has support from the Florida Prosecutors Association.

Bradley, a Republican from Fleming Island in his last term in the Senate, questioned the utility of putting low-level offenders in state prison.

Though the Senator sees drugs as a “scourge” on society, he contends that there are better ways to address those problems than the status quo. 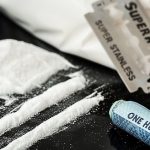 Under the proposal, those convicted for the first time of buying or possessing less than two grams of any narcotic, excluding fentanyl and its derivatives, would not have to serve more than a year in jail.

Departures from mandatory minimums are conditional, at the discretion of sentencing judges. However, there are some prerequisites.

Defendants must not have had guns when committing crimes. They must never have been convicted of a violent felony crime. And they must be seen as having “truthfully” confessed to law enforcement.

Sentence changes aren’t the only reform elements in the legislation, which also allows for recorded interrogations and compensation for those wrongfully locked up since 2008.

Changes being considered for mandatory minimums come at a time when the state prison system is under unsustainable demographic, infrastructural, and staffing crises that have burdened the system past its breaking point.

Gov. Ron DeSantis spotlighted increased DOC spending when rolling out his budget proposal before the 2020 Session.

Among the high points: $60.6 million for retention incentives; $29.1 million for a pilot program for 8.5-hour shifts; $2.2 million for sergeants to combat gang activity; $3 million for security enhancement equipment.

Bradley noted potential savings of $50 million, even as he said they weren’t what was driving the bill, which he termed “the right thing to do.”

The measure could reduce the prison population by up to 4,800.

The bill would raise quantities for levels of prosecution, allowing for judicial discretion in those cases. The objection is that crime prevention and maintaining historical lows in crime rates justifies the expense incurred.

House Speaker José Oliva told reporters that the House is ready to discuss sentencing reform for low-level drug possession cases, despite the bill not moving yet.

Drug crimes are aggressively prosecuted, and the state of Florida is no exception. The sad truth is that the people who are most often getting caught up in drug busts are generally good people who have simply made a mistake.

It is important that if you are facing a drug crime charge to remember that you do have rights and you do not need to address these charges by yourself. Our Florida Drug Crimes Defense Attorneys at Whittel & Melton understand what you are going through and we are here to help you achieve the best result possible if you are facing drug possession charges.

Drug possession includes any illegal substance under a certain weight that is found on your person, in a vehicle or in a home.

The penalties for a drug crime conviction becomes more severe based on the following factors:

In order to be charged with possession, the only thing a prosecutor has to do is prove that:

If you or someone you love has been arrested for drug possession in Florida, let our Florida Drug Possession Defense Attorneys at Whittel & Melton help you with your defense options. We provide a free consultation where we will review your case and discuss defense strategies with you.