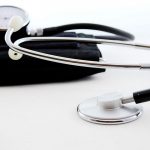 A Florida doctor has agreed to pay $1.74 million to resolve allegations that he submitted fraudulent Medicare claims, the U.S. Attorney’s Office in Orlando announced.

The doctor and the Village Dermatology and Cosmetic Surgery were accused of billing Medicare for higher levels of reimbursements than were performed in the central Florida facility, according to a news release.

The cases involved tissue transfers that were apparently billed as more complex cases between Jan. 1, 2011 and July 31, 2016, the statement said. This included 14,000 level tissue transfers which should have been billed as lower level wound repairs.

The inflated claims were paid by Medicare.

Medicare and medicaid fraud has been at the top of the list for the federal government for many years, so naturally as new health care laws get implemented, they will continue to closely monitor medicaid reimbursement submissions for any suspicious activity. Similarly, investigators will also be keeping a close watch for medicare fraud crimes against insurance companies.

If you are a doctor or any other medical professional that has been accused of health care fraud or another federal white collar crime, you are facing very serious charges that must be dealt with accordingly. You will be going head to head with prosecutors that have very deep pockets and numerous resources at their disposal. If you want to stand a fighting chance, you must have a strong attorney on your side. This is what you will find when you work with our Florida Medicare Fraud Defense Attorneys at Whittel & Melton.

Have You Been Accused of Medicare Fraud in Florida?

When it comes to health care fraud cases, the burden lies with the prosecution to prove that the accused had a willful intent to defraud the government or private insurance company. The truth is that many doctors and other medical professionals accused of these crimes did not knowingly commit them. Medicare and Medicaid reimbursement forms are complex and can be hard for even the most intelligent of people to fully understand. Coding and bookkeeping errors are often mistaken as intentional crimes by the federal government.

You Have Legal Options

Everyone has legal rights, and we can use the law to protect yours. Most people find themselves under investigation for or charged with health care fraud related to the following:

When you are a medical professional accused of health care fraud, the stakes are high. Your freedom, future and medical license are all at risk. Our Medicare Fraud Defense Lawyers at Whittel & Melton will vigorously protect your rights. We will review every piece of evidence against you to identify any errors or discrepancies. After a careful analysis, we may be able to get the charges against you dropped or reduced.

When charged at the federal level, criminal penalties for healthcare fraud depend on which law was violated. For example, under the False Claims Act, penalties may include a maximum of five years in federal prison, a maximum fine of $250,000, and a loss of license. Likewise, under the Anti-Kickback Statute, violators may be jailed up to five years and fined up to $75,000 per violation.

Criminal consequences for health care fraud may increase in certain circumstances. If the act resulted in injury to another person, it could be punishable by 20 years of federal prison time for each count of fraud. If a patient died as a result, the penalty could be elevated to a life sentence.

Health care fraud charges can greatly impact your life. Your reputation could be damaged, your career ended, and your social connections ruined. Before any healthcare allegations escalate, we urge you to get in touch with us and let us help you explore all possible defense options.