A Bradford County Sheriff’s Office jail corrections officer who was arrested two weeks ago on allegations he sexually battered a child was re-arrested last week on 12 new counts including child pornography charges.

According to a Bradford County Sheriff’s Office report, the new charges against the 59-year-old Starke man stem from an investigation related to the initial arrest for sexual battery.

Investigators from the Florida Department of Law Enforcement claim that a search of the man’s computers, a cellphone and other items recovered during the original search warrant on Jan. 10 revealed additional evidence.

For the sexual battery case, the Florida Department of Children and Families and the FDLE alleges the case involved a child under the age of 12. The Bradford County Sheriff’s Office claims there are some other possible victims who were interviewed. 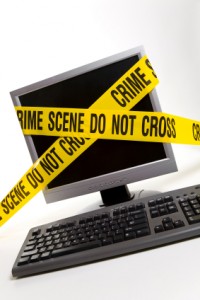 The accused, who was hired in May 2007 and held the rank of corporal, resigned following interviews during the initial investigation. He was bonded out of jail earlier this week on a charge of capital sexual battery, but deputies and agents with FDLE took him into custody again at his home on Jan. 15.

He was arrested on charges of promoting or distributing sexual performance by a child and 11 counts of possession of child pornography.

The man was re-booked into the Bradford County Jail, then transferred to an undisclosed correctional facility for security purposes. His bail has been set at $1.2 million.

Federal and local law enforcement officials often work closely together to identify and track individuals suspected of possessing or distributing child pornography. Police usually act quickly when it comes to child pornography cases and will seize any hardware, such as computers, cellphones, ipads, tablets, etc. that could contain any illegal images.