A 19-year-old Lake Worth man’s Instagram selfies caught the eye of a Palm Beach County Sheriff and eventually lead to his arrest.

The officer noted that the man had a criminal record that included grand theft, burglary and felony possession of a firearm, so the deputy apparently decided to look more closely at the pictures.

Police claim the problem was the man was posting very public pictures of him holding a gun. In the state of Florida, convicted felons are not allowed to possess firearms, and the 19-year-old is a convicted felon.

Authorities obtained a search warrant for his Lake Worth apartment and allegedly uncovered stolen jewelry, electronics and firearms, valued at nearly $250,000. According to reports, police uncovered numerous pieces of jewelry such as watches, charms, necklaces and loose diamonds, as well as two stolen firearms.

By the time police were done searching the man’s home, they had charged him with 142 felony counts of being in possession of a weapon or ammo. 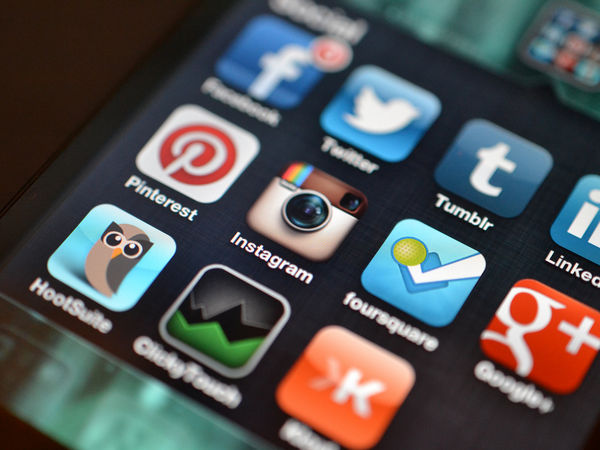 Police allege that the man was the ringleader for a group called the “dinnertime burglars,” which they claim is responsible for dozens of burglaries targeting senior citizens in Palm Beach.

When filling out the arrest report, officers said they asked the man what his occupation was, and he allegedly replied “Thief.”

The man is currently behind bars with bail set at $60,000. His Instagram page is no longer active.

Social media sites, like Facebook, Twitter and Instagram, allow people to keep tabs on their friends, acquaintances, celebrities and even make new friendships. However, the convenience of being able to constantly stay connected to people comes with a price. In the case of social media, this means that someone is always watching, and that includes law enforcement.

Instagram allows you to post pictures of anything going on in your life and essentially anything that interests you. You can easily notify your friends and followers about everything from what meal you just ate to the new car you just purchased. It is very important to understand that electronic media is always being monitored and government agencies are quick to use technological advancements to observe and track any suspicious activities on the Internet.

END_OF_DOCUMENT_TOKEN_TO_BE_REPLACED

Two Gator basketball forwards were charged with one felony count of third-degree burglary Sunday for allegedly trying to break into a car in St. Augustine, Florida. A Florida basketball student manager was allegedly acting as a lookout for the men and was charged with principal to burglary.

According to the Gainesville Sun, the two student athletes went into Scarlett O’Hara’s Bar and Restaurant around 2 a.m. saying they lost a wallet. St. Augustine police said that the men tried to get close to a female employee who was counting cash taken in for the night.

Bouncers asked the men to leave the premises. Moments later, the bouncers told police they saw the men attempt to break into a co-worker’s car parked across the street. All three men tried to leave the scene. Two were taken into custody after a brief chase. The other man turned himself into police.

The owner of the vehicle told police that nothing appeared to be missing from the car. The two forwards were taken to jail and released on $5,000 bond.

In Florida, there are three basic types of burglary: structure, dwelling and conveyance. In this case the men are accused of burglary of a conveyance. A conveyance is classified as any motor vehicle, ship, vessel, railroad vehicle or car, trailer, aircraft, or sleeping car.

In the state of Florida you can be charged with burglary if you illegally enter any structure, dwelling or conveyance with the intent to commit an offense. Burglary usually occurs when no witnesses or victims are present, while robbery entails the use of force or fear to take another person’s property. The biggest factor in charging decisions on these types of cases is whether or not the house, garage, car, etc. was occupied during the alleged crime.

END_OF_DOCUMENT_TOKEN_TO_BE_REPLACED

Central Florida police arrested a 49-year-old Brooksville, Florida man Tuesday morning for three counts of criminal mischief, armed burglary and battery after he used a chainsaw to break into a hotel room and attack a man.

According to the Hernando County Sherriff’s Office, the victim was on a date with the suspect’s wife.

A female deputy arrived at a Best Western shortly after midnight after a 911 phone call was placed reporting a disturbance. The Tampa Tribune reports that a hotel clerk told the officer a man arrived at the hotel carrying a chainsaw and looking for his wife. The clerk would not give the man the information he wanted and left the room.

The clerk supposedly heard loud banging from outside and went to check it out. While in the parking lot he noticed his rear passenger-side door was smashed.

Witnesses allegedly saw the Brooksville man break the window of another vehicle in the parking lot with his fist. The man then ran upstairs and shattered the window of a hotel room and used his chainsaw to break inside.

The chainsaw was apparently not running.

After the man allegedly broke the window he confronted his wife and her date. The man evidently punched his wife’s date three times in the face. The man left the hotel after the battered man called the police.

The Brooksville man was arrested at his home later where the chainsaw was taken into evidence.

A hotel manager is supplying surveillance footage to police for evidence as well.

The Brooksville man was booked at the Hernando County Jail with bail set at $26, 500.

Criminal mischief, as defined by Florida statutes, is when you willfully and maliciously damage any property belonging to someone else. It can be deliberate or careless, malicious or merciless behavior that results in someone’s possessions being broken or ruined, at some quantifiable cost. The degree of punishment as a misdemeanor or a felony charge depends on the monetary value of the damage.

Along with criminal mischief charges, the man in this case faces charges of armed burglary and battery. Armed Burglary in Florida is a first degree felony punishable by up to life in prison. It is considered a violent crime even if no crime actually occurs. Since the burglary was committed without the use of a firearm the 10-20-Life statute can be implemented, which means a minimum sentence would be calculated under a guidelines score sheet. The charge of simple battery is a first degree misdemeanor which carries consequences of up to one year in county jail, no more than 12 months of probation and up to $1,000 fine, apart from some obligatory excess fees set forth by the Florida legislature.

END_OF_DOCUMENT_TOKEN_TO_BE_REPLACED

Last week, there were reports that a Spring Hill man was victim to a car burglary where allegedly, a fight with the perpetrator left him injured after sustaining punches and a bite wound.

As a result of the incident, Michael Leonard is charged with battery, burglary of conveyance and resisting an officer without violence.

The victim told deputies that Leonard punched him in the face and bit him while the two wrestled on the ground. The items allegedly stolen from the victim included a plastic cell phone clip, a plastic knob, iPod, sunglasses and a small amount of coins.
Deputies also learned Leonard was on probation for a misdemeanor DUI which, in addition to the penalties he could be subjected to for the felonies he is charged with, could add another year onto his sentence for a violation of DUI probation.

As a former state prosecutor, I always welcomed felonies that came with an accompanying violation of probation charge. When the basis of a violation of probation is a new charge, state attorneys only have to prove the underlying charge–in Leonard’s case the burglary and battery– to a preponderance of the evidence to succeed on the violation of probation (instead of the higher beyond a reasonable doubt standard in criminal trials), subjecting the defendant to jail or prison time.

END_OF_DOCUMENT_TOKEN_TO_BE_REPLACED

Three Tampa juveniles have been arrested on charges of burglary and grand theft auto. It is not clear at this time whether they will be treated as adults.

ABC Action News reports that the charges stem from an incident on East Jean Street on Friday. Thinking no one was home, Tampa Police say the juveniles cased an elderly Sulpher Springs woman’s home and then the teens broke in. The victim heard the noise created by the break in and she investigated, using her crutches. She surprised the juveniles who fled with keys to her van which also had her wheelchair inside.

The juveniles were apprehended a short time later in the same neighborhood when police stopped the kids in the stolen van. Police were able to recover victim’s specialized wheel chair from a dumpster. Grand theft auto is third degree felony holding a maximum penalty of five years. Burglary of an occupied dwelling is a second degree felony.