On Tuesday the FBI arrested Miami Springs Police Sgt. Andres Quintanilla, a 16-year veteran of the force, on a federal corruption charge.

The 33-year-old was charged with “attempting to affect commerce by extortion under color of official right,’’ according to the U.S. Attorney’s Office for the Southern District of Florida.

According to the federal complaint, a confidential FBI source claims he told Quintanilla in September 2014 that he was a drug trafficker. The complaint goes on to allege that instead of arresting the source, Quintanilla “offered to help the [informant’s] drug trafficking business.’’

Quintanilla allegedly provided the location of an undercover police narcotics office, gave the source the names of three Miami-Dade police officers and ran the name of a purported drug dealer in a law enforcement database when asked to do so by the source, according to the complaint. 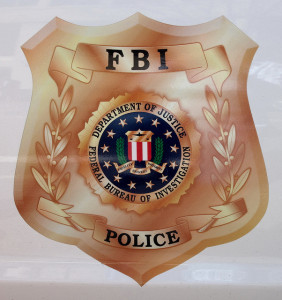 The complaint states that by December 2014, Quintanilla had agreed to act as an escort during a purported 10 kilogram cocaine deal. Quintanilla is also accused of choosing a safe location in Miami Springs where the source could exchange 10 kilograms of cocaine for $250,000.

After the alleged deal took place, Quintanilla then apparently followed the source while wearing his uniform and driving his MSPD marked vehicle to an express package service center, where Quintanilla was under the impression that the source would ship the $250,000 of drug proceeds to New York, according to the complaint.

In exchange for his assistance, Quintanilla allegedly accepted $3,500 in bribe payments from the source.

In a press release issued Tuesday night, the Miami Springs Police Chief stated, “As a result of the charges filed against Quintanilla, he has now been relieved of duty without pay pending the results of the criminal case in the U.S. federal court.”

If convicted, Quintanilla, who started with the Springs police department as a public service aide in 1999 when he was 17, faces up to 20 years in federal prison.

Federal corruption charges usually refer to any illegal activity conducted by public officials. Public officials, politicians, as well as the business executives who regularly deal with them are all at risk of being investigated for or charged with violations of federal corruption. Taking bribes, facilitating a crime by another and threatening punishment if certain services are not provided are all examples of actions that could result in a charge of corruption. Extortion and bribery are common charges that fall under the category of federal corruption.

Federal corruption charges are quite severe and can negatively impact your career and your future. If you even suspect that you may be charged with corruption, it is urgent that you take immediate action to protect your rights.

If you have been charged with corruption or you are being investigated for this crime, you need to seek the services of a Miami Federal Criminal Defense Lawyer at Whittel & Melton as soon as possible. As soon as you get us involved with your case, we can begin building the strongest possible defense on your behalf. For a free consultation to find out more how we can help with your federal charges, please call us today at 561-367-8777 or statewide and toll-free at 866-608-5529 or contact us online.