A federal grand jury is convening this week to decide whether public corruption charges should brought against a DeSoto County jailer who allegedly told internal affairs investigators he did not report a colleague for abusing a former inmate because he is not a “snitch.” 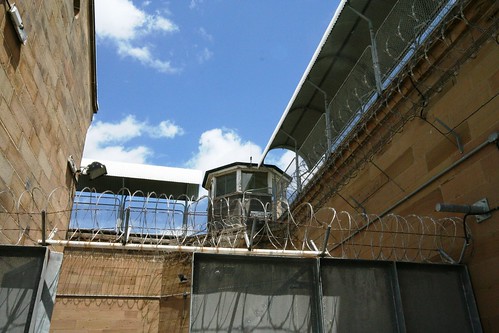 News reports claim that a massive internal affairs report released this week — the department’s response to the allegations of abuse–show a pattern of orchestrated beatings while the prisoner was being held on a Domestic Violence Injunction.

Internal affairs investigators confirmed what the inmate claimed since his release: that he was battered by a jailer several times, while other staff watched and took no action to stop the abuse.

The inmate claims that on one occasion, DeSoto deputies slammed his head into a concrete wall, punching him in the face and chest and choking him nearly unconscious. Reports claim that the jail staff ignored very visible injuries — much of the inmate’s face and head were purple with bruising — telling colleagues the injuries were self-inflicted.

The IA investigation revealed that the jail commander failed to report the inmate abuse to the department’s chain of command, and to have countermanded a nurse’s directive ordering the inmate to be taken to the hospital, delaying medical care. Charges of conduct unbecoming a deputy and neglect of duty were sustained. He resigned during the investigation late last month, stating in a one-sentence resignation letter he wished to “return to retirement.”

Our attorneys have experience defending federal offenses and white collar crimes and all other state criminal offenses throughout Florida, and because we are former prosecutors ourselves, understand what it takes to successfully defend a case in Florida State and Federal Court. Until you consult a lawyer regarding your arrest and criminal charges, you may not have a clear idea of what is in store for you. Call us today to discuss your options (866) 608-5529.