Med-Care Diabetic and Medical Supplies Inc., based in Boca Raton, FL has fallen under intense scrutiny after a recent investigation into medical equipment suppliers has indicated signs of Medicare fraud.

The federal government is concerned that loopholes in the law and a lapse in management has allowed the Boca Raton company, and others like it, to exploit Medicare, resulting in tax payers footing the bill.

Democratic Missouri U.S. Sen. Claire McCaskill, who has opened a congressional investigation into the company, claims that these medical supply companies are harassing the elderly and their doctors through phone calls and unsolicited faxes for everything from diabetic testing materials to power scooters, even though the patients do not need these items. This is apparently a problem that has cost Medicare – and taxpayers – $27 billion over the past four years. 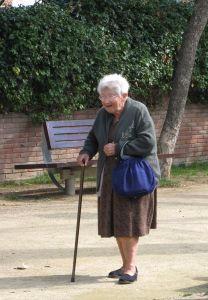 From 2009 to 2012, Medicare apparently paid $43 billion for medical equipment supplies such as back braces, sleep apnea monitors and power scooters. However, according to research by staffers of a Senate subcommittee on financial oversight lead by McCaskill, more than 60 percent of those payments – $27 billion to be exact – may have been improper. According to reports, the federal government has only been able to recover around 3 percent of overpayments.

The Boca Raton company was asked by McCaskill to testify before her subcommittee on April 24, but reports indicate that no one showed up. At this time, the senator is considering compelling testimony by subpoena on the grounds that because the company makes a profit on taxpayer money they are obligated to provide that information to the government.

According to a report by subcommittee staff, the Boca Raton based company, Med-Care Diabetic and Medical Supplies Inc. and U.S. Healthcare Supply, based in Milford, N.J. have received $168 million in payments from Medicare since 2009.

McCaskill alleges that in a sample of 590 of Med-Care’s claims, more than 400 were improper, or 68 percent, totaling $146,689 in overpayments. Based on this information, if the same error rate exists for all Med-Care’s claims, McCaskill claims that the company could owe as much as $57 million to the federal government.

Med-Care has not yet responded to the allegations made against them.

While Medicare officials cannot accurately report what proportion of improper payments for medical equipment result from fraud or just simple paperwork errors, they can say without hesitation that Florida is a hotbed for medical equipment fraud. In fact, because people older than 65 make up more than 17 percent of the population, medical equipment fraud has grown so much that it prompted the U.S. Department of Justice to create a Medicare Fraud Strike Force in Miami in 2007. Since its introduction, the strike force has expanded to eight other cities including Los Angeles, Houston, Dallas, Detroit, Chicago, Tampa, Brooklyn and Baton Rouge.

It is important to understand that Medicare fraud is taken quite seriously and strictly monitored by the federal government. Medicare fraud can cost the government billions of dollars every year and ultimately increases the costs of federally-administered aid programs. This is why federal prosecutors pour numerous time and resources into proving a violation has occurred in cases of Medicare fraud. Being convicted of Medicare fraud can result in lofty fines as well as imprisonment. The first step towards combatting these charges is to consult with a Florida Criminal Defense Lawyer at Whittel & Melton. We have the knowledge and experience needed to mount a successful defense on your behalf and minimize any damages. If you’ve been accused of Medicare fraud in the Florida area or in federal court, contact us today online or call 561-367-8777 to receive a free case evaluation and get the legal help you deserve.