His arrest comes more than a week after a Boston semi-pro football player was found dead in an industrial park a mile from Hernandez’s house.

Less than two hours following his arrest, the Patriots announced they had released the 23-year-old.

A 27-year-old semi-pro football player for the Boston Bandits was found dead on June 17. Officials ruled the death a homicide but have not mentioned how the man died. 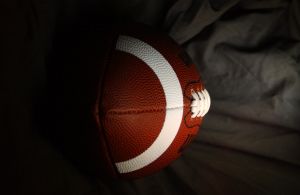 Relatives of the deceased said he was dating the sister of Hernandez’s fiancée and that the two men were friends and were out together on the night the man was killed.

At this time it is unclear why Hernandez was taken into custody Wednesday before 9 a.m. from his North Attleborough home.

Hernandez was arrested on a state police warrant at about 8:45 a.m. and was booked at the North Attleborough police station, according to police. State police refuse to discuss the case against Hernandez until it’s presented in Attleboro District Court later Wednesday.

At around 10:20 a.m., the Patriots announced they had released Hernandez.

The following statement was released by the Patriots:

“Words cannot express the disappointment we feel knowing that one of our players was arrested as a result of this investigation. We realize that law enforcement investigations into this matter are ongoing. We support their efforts and respect the process. At this time, we believe this transaction is simply the right thing to do.”

State police have issued at least three search warrants for Hernandez’s home in North Attleborough several times in connection with the investigation.
Hernandez, who is originally from Bristol, Conn., was drafted by the Patriots out of the University of Florida in 2010. The team gave him a five-year contract worth $40 million last summer.

While it is unclear what, if any charges related to this homicide case have been filed against Hernandez, it is likely that the defense has already launched its own investigation. It appears that police want to make sure they have solid evidence before they charge Hernandez or clear him as a suspect in the 27-year-old’s death. Since Hernandez is a high-profile possible suspect, there is excessive public interest, so police want to avoid rushing to any hasty judgments. It will be interesting to see how this case plays out, however this extensive investigation could go on for a substantial period of time.

If you have been arrested anywhere in Florida and face charges of murder or homicide, you need a criminal defense lawyer you can trust to protect your life. These criminal charges are quite serious and should not be taken lightly. In murder and homicide cases, the stakes are much higher than in other criminal matters, and you can rest assured the prosecution will fight very hard to win such a high-profile case. With your future in jeopardy, you need to seek the legal help of a Florida Criminal Defense Lawyer at Whittel & Melton immediately. For a free initial consultation, contact us today online or call 866-608-5529.