A 56-year-old former child actor and voice of Charlie Brown in several “Peanuts” specials on television in the 1960s entered a plea of not guilty Wednesday to 12 felony counts of stalking and making criminal threats.

Peter Robbins is charged with threatening a former girlfriend and a La Jolla plastic surgeon that performed a breast augmentation on her. Police claim Robbins was upset with the way his girlfriend looked after the surgery and wanted his money back.

Robbins is accused of hitting his former girlfriend’s dog after she refused to help him get his money back.

The plastic surgeon obtained a restraining order from the court three weeks ago to keep Robbins away from her and her family.

A San Diego judge set his bail at $550,000. A readiness hearing is scheduled for Feb. 22 and a preliminary hearing for March 22.

Robbins was the voice of Charlie Brown in “It’s the Great Pumpkin, Charlie Brown” and other TV specials. He was also featured in the television shows “F Troop,” “Get Smart” and “Rawhide.” 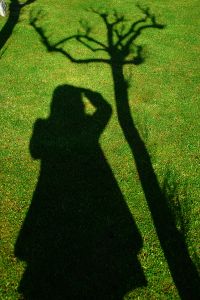 Stalking refers to any continuous unwelcome contact from another person, and can include telephone calls, text messages, emails, physically following someone and even making violent threats. Stalking is a form of harassment that can embody many different crimes, and depending upon the facts of the alleged crime, the accused could be facing misdemeanor or felony charges.

Sadly, stalking allegations are often grossly exaggerated or completely false. Anyone can accuse someone of stalking – friends, neighbors, roommates, business associates and even ex-lovers. Some people accuse others of stalking after an intense argument or bad break up in order to seek revenge against the other person. Others may do so because they are just paranoid. Regardless, after accusations are made, the courts usually issue a restraining order to keep the accused away from the victim.

Depending on the circumstances, a person accused of stalking could face severe consequences such as imprisonment, lifelong restraining orders and hefty fines. Moreover, people accused of stalking often face additional charges such as threatening acts of criminal violence, trespassing, burglary and assault.

If you or someone you care about has been accused of or charged with stalking anywhere in the state of Florida, a Florida Criminal Defense Attorney at Whittel & Melton can begin helping you right away. Stalking charges are serious matters, and you could be facing lengthy time behind bars. Do not wait, begin protecting your rights today by calling us statewide and toll-free at 866-608-5529 or reach us online.