A Walt Disney World janitor is facing kidnapping and sexual battery charges after a 21-year-old female worker claims he cornered her inside a custodial closet on Thursday and forced himself on her, an arrest affidavit states.

According to the affidavit, the 21-year-old college student told authorities that the janitor cornered her, forced her to the ground, stated he wanted to have sex with her and began to grope her.

She claims she resisted, told him to stop and attempted to push him away. 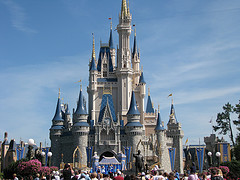 The alleged attack lasted three to five minutes. The woman then reported the incident to her supervisor.

The affidavit says the man had been in the closet and touched the woman’s genital area during a “hug,” but only over her clothing.

The custodian told police he and his coworker had been in an adulterous relationship for about a month and the encounter was a typical work interaction for them, the affidavit shows.

However, according to reports, police have sided with the woman’s story.

In many sex crimes cases, a family member alleges sexual abuse or even a friend or co-worker will make over-the-top allegations. Even a simple accusation of sexual assault or abuse must be squelched immediately because the effects can be devastating to both your professional career and personal life. If convicted of a sex crime, you could be forced to register as a sex offender for the rest of your life. This information is public record and it does not matter where you go, these charges will follow you. If you have been accused of or charged with a sex crime at either the state or federal level, it is best to take immediate action as hesitation will not help you.

When it comes to sex crimes charges, early intervention by a criminal defense lawyer can minimize many of the negative impacts these offenses can have on people. An Orange County Criminal Defense Lawyer at Whittel & Melton can help you with your situation and make sure you are prepared for what you are up against. Call us toll-free at 866-608-5529 or contact us online for a free initial consultation.