Gainesville Florida Criminal Defense Attorney Bill Ezzell now spends his days representing those accused of the highest criminal allegations in Florida. His criminal trial experience along with his relationships built as an Assistant State Attorney in Gainesville are an invaluable part of his criminal defense practice.

We spent a few minutes with Criminal Defense Attorney Bill Ezzell talking about handling Rape and Kidnapping cases in Florida, and especially Gainesville. One of the highlights of our conversation is the specific pieces of data that he remembers from his thousands of past cases. 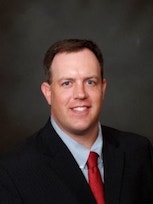 Because I handled so many cases and supervised other lawyers at the prosecutors office handling our serious Sex Crime cases in Gainesville like Kidnapping and Rape, when we have the opportunity to represent new clients at Whittel & Melton we immediately work to deconstruct what we can assume or think the State’s plan is, down to how they have built the file, how they will present it to the judge and to the jury – and then we work backwards from verdict all the way back to arrest and look for holes, inconsistencies and vulnerable areas ripe for challenge and possible exclusion. Like anything else, because we’ve walked this road before, we know where they are going even before journey begins. – William “Bill” Ezzell, Gainesville Criminal Defense Attorney and Trial Lawyer.

Man Gets Life for 1990 Rape, Kidnapping of UF Student

Kelvin Miles, who has a long list of violent felonies to his name, was sentenced in December, 2009 to two consecutive life terms for the armed rape and kidnapping of a University of Florida sorority member that at the time, happened nearly 20 years ago.

A jury found 48-year-old Miles guilty years after he was linked to the crimes through a DNA match in a state database.

The rape happened the morning of Jan. 13, 1990. The UF student was getting into her car outside of her sorority house on Panhellenic Drive when sge was attacked by Miles who was yielding an 8- to 10-inch knife. He forced his way into her car and binded, blindfolded, and raped her. He then left her at another location still tied up with tape over her mouth and trapped to the floor of her vehicle.

Circuit Judge Ysleta W. McDonald said the woman’s injuries combined with the man’s lengthy criminal history were reasons for exceeding the sentencing guidelines of 17 to 40 years in prison. Prosecutors had tried in the past but failed to earn Miles the label of a habitual offender in order to prevent him from being able to leave prison after serving only a few years because of the gain time allowed under Florida laws back in 1990, which could have allowed a prisoner sentenced to 40 years to leave prison after nine.

“He should now – for lack of a better term – he should die in prison,” Ezzell said after the hearing. He also added that this was the only fair sentence for the man’s crimes.

“I think that the only way I could sufficiently put this,” Judge McDonald said, “is that I would find it absolutely inappropriate for me to do less than anything to try to keep you behind bars forever. I think you do not deserve to be out in our community or anyone’s community. … I don’t know if that does anything with gain time, but it’s certainly all that is in my power to do.”

Miles never spoke in court or expressed any remorse for his actions. His attorney argued that he had a clean record while he was in prison for 19 years. The rape and kidnap of the young UF student was described by his attorney as an unpremeditated “crime of opportunity.”

The victim took the witness stand and expressed her years of emotional distress stemming from her kidnap and rape by Miles. The rape has caused a turbulent marriage and other emotional trauma that has made her fearful, guarded, and interfered with her ability to be intimate.

This crime still haunts her and leaves her with many sleepless nights.