Arguing that the federal criminal justice system is in “too many ways broken,” Attorney General Eric Holder spoke Monday to the American Bar Association about reforming the Government’s approach to the war on drugs. His focus is on shorter prison sentences for nonviolent criminals, more programs to treat those convicted of low-level drug-related crimes and reductions in the number of crimes that carry “mandatory minimum sentences.”

Minimum-mandatory sentences, commonly called, “min-mans” are statutorily imposed sentences for certain crimes, taking into consideration the type of crime and the criminal history of the accused. Min-mans were created by Congress as a way to level the playing field among criminals across the county–the goal was for a criminal in Florida to be treated the same way as say, a man charged with the identical crime and with the same criminal history as a man in Boise, Idaho. The hope was that a uniform sentencing system would deter crime, but statistics show quite the opposite. 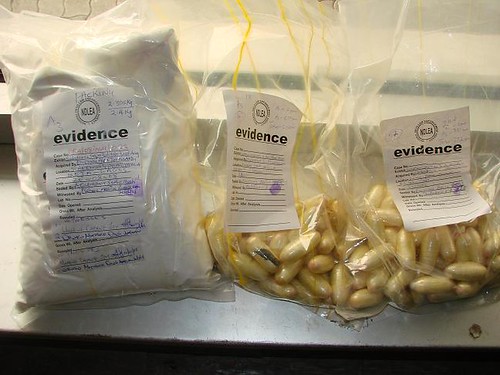 Unfortunately, the sentencing structure had unforeseen consequences on the system as a whole.

One of the greatest criticisms of min-mans is that crack cocaine offenses were treated more harshly than cocaine-related charges, and the result was disparate treatment of Blacks in the system since they were more likely to use crack, and not its similar, but more expensive counterpart, powder cocaine. The Fair Sentencing Act has remedied some of these disparities, however, there is still an 18-to-1 disparity in sentences for crack and powder cocaine offenses. For example, a person only needs to be caught with 28 grams of crack before triggering a mandatory five-year minimum sentence. But the person with powder cocaine can have a much larger amount — at least 500 grams — to be subject to the mandatory sentence.

Min-mans also take sentencing discretion away from the judiciary. In certain circumstances, the min-man may not be the just sentence for a particular offender, but the minimums force Judges to either apply the min-man or be subject to reversal in appellate court.

Holder has directed DOJ attorneys and AUSAs to “modify the Justice Department’s charging policies” so that low-level, non-violent offenders “will no longer be charged with offenses that impose draconian mandatory minimum sentences.”

A revision to the min-man portions of the Code will certainly free up crowded prison space, saving the most serious sentences for the criminals that pose the greatest threat to society, and allowing lower level criminals the opportunity for rehabilitation, with the goal of breaking the crime cycle.

Time will tell whether these changes will trickle down to AUSAs in the Southern District of Florida. Until then, the Palm Beach County Drug Crimes Attorneys at Whittel & Melton will continue to aggressively defend our clients charged with Drug Crimes.

If you have been charged with Drug Possession, Drug Sale or Drug Trafficking, contact the West Palm Beach Drug Crimes Attorneys at Whittel & Melton for a free consultation at (561) 377-8777.