St. Petersburg, FL – A 23-year-old man was arrested Nov. 15 for aggravated child abuse after authorities claim he caused a laceration to a 4-year-old boy’s kidney while the child was in his care.

Deputies claim the man hit the young boy so hard that he urinated blood.

The boy was taken to the hospital where doctors allege the laceration to his kidney was caused by “trauma,” and not an illness or other medical condition. 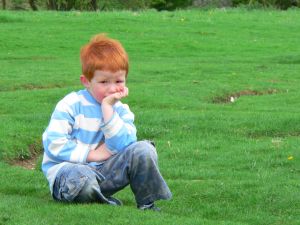 The boy’s mother told police she had left her son in the man’s car while she was at work.

The boy apparently told police that the man hit him.

The man was arrested and booked into the Pinellas County Jail. He is being held without bail.

The crime of aggravated child abuse is a very serious felony offense. For charges of this kind to stick in Florida, prosecutors must be able to prove that the accused willfully and knowingly committed child abuse, and in doing so, caused significant bodily harm, permanent disability or permanent disfigurement. Criminal acts against children are taken quite seriously in the state of Florida. In fact, these cases are usually passed along to experienced prosecutors with the hopes of achieving a conviction.

Aggravated child abuse, child neglect and child abuse all carry the very real possibility for significant jail or prison time. Aggravated child abuse is by far more severe than the criminal offense of child abuse or child neglect. This criminal act is classified as a second-degree felony carrying consequences of up to 15 years in prison. If you or someone you know has been charged with any form of child abuse, you must act fast in order to properly exercise your rights. A St. Petersburg Criminal Defense Attorney at Whittel & Melton can make sure law enforcement officers do not take advantage of you or trick you into making false statements.

If you have been arrested or charged with the crime of aggravated child abuse in St. Petersburg or elsewhere in Pinellas County, contact a Child Abuse Defense Lawyer at Whittel & Melton online or call us locally at 727-847-2299. You can reach us 24/7 statewide and toll-free by dialing 866-608-5529.