A 44-year-old Largo woman was sentenced to four years in federal prison on Thursday for defrauding student financial aid and filing false claims with the Internal Revenue Service. Additionally, the Court also ordered her to pay restitution to the IRS, in the amount of $110,971, and to the Federal Stafford Loan Program, in the amount of $22,350.

The woman pleaded guilty to the charges against her on October 10, 2013.
Court documents indicate that the woman had previously obtained several student loans with outstanding balances, then had the balances dismissed due to a disability. She apparently managed to procure additional student loans by submitting forged physician forms stating that her condition had improved, and agreeing to repay her past loan balances.

The woman then applied for further student loans to attend Walden University, which court documents show she did not attend. She received more than $27,000 in loans, from which a total of $22,350 was disbursed to her. 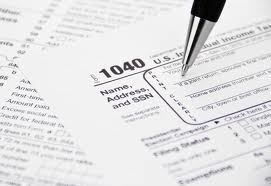 In connection with the IRS, the woman apparently established four fictitious Florida corporations and then filed corporate tax returns claiming more than $500,000 in refundable tax credits. She opened bank accounts in the names of the corporations, where the refunds were directly deposited.

According to reports, the woman used the refunded tax credits for personal expenses.
She admitted that these corporations were created just to file false corporate tax returns and were not legit businesses.

The Internal Revenue Service, Criminal Investigation and the U.S. Department of Education and the Office of Inspector General all investigated this case.

The Internal Revenue Service, or IRS, has seemingly unlimited resources at its disposal when it comes to investigating tax crimes. These investigations often start out as civil matters, but can quickly intensify to criminal matters based upon the evidence they obtain. Tax fraud can legally be defined as many different things, including reporting false income, not disclosing certain assets, reporting more deductions than you are actually owed and even changing personal expenses to be represented as business expenses.

A tax fraud conviction carries very real and serious consequences, as this case clearly demonstrates. You could be facing significant prison time, substantial fines, tax penalties and be subject to interest. If you or someone you love has been charged with tax fraud or believes they could possibly be under investigation for a tax crime, it is imperative to speak with a criminal defense lawyer as soon as possible.

Whether your case involves federal or state charges, a Pinellas County Criminal Defense Lawyer at Whittel & Melton can help you understand the tax fraud charges against you. You can rest assure that we will provide you with the aggressive legal counsel your case requires throughout all stages of the legal process. Please contact us today online or call 727-823-0000 to discuss your legal options in a free consultation. You can reach us 24/7 statewide and toll-free by dialing 866-608-5529.