A 19-year-old sophomore at the University of Florida and Phi Delta Theta fraternity brother was arrested Wednesday on charges of sexual battery.

The Gainesville Police Department believes that the man and the alleged victim communicated via Snapchat for about 3 weeks. They apparently ran into each other at a downtown bar Wednesday and went to the man’s residence around 1 a.m. and engaged in consensual sex.

Shortly after the consensual sex, the alleged victim told police that the man forced himself upon them even though there was no consent. The man did stop, but only after several minutes, according to police reports.

The man apparently told police that he stopped the sexual activity within five seconds.

At around 3 a.m. the alleged victim left the man’s residence and had a sexual assault exam conducted at a local hospital. 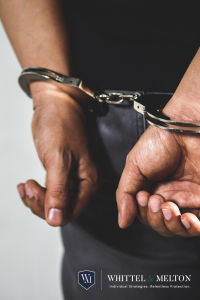 According to the police report, the man allegedly told police he was too drunk to consent to any sexual activity and he was taken advantage of. He then apparently said that he was aware of what was happening and was able to make conscious decisions. He also allegedly said that he used a condom during both sexual encounters, but then told police he did not wear a condom.

He has been released on $100,000 bail. He was ordered to have no direct or indirect contact with the alleged victim during pretrial release in a standing no contact order.

If you have been accused of sexual battery or rape by your college, then you need to enlist the help of a college sex crime criminal defense lawyer right away. Many students who are facing sex crime accusations want to clear the matter up swiftly and think if they tell their side of the story that everything will just go back to normal. This is usually not the case, and allegations of sexual misconduct can have devastating consequences that can follow you around for the rest of your life.

If a school thinks that a rape happened on campus then they will report it to local law enforcement and will pursue school-imposed penalties. Moreover, an investigation will be launched against you by police and criminal charges may be filed. The potential penalties you may face for a rape conviction can involve hefty fines and years in prison.

Our qualified college student sexual battery defense lawyers at Whittel & Melton know how to handle college disciplinary cases and all criminal matters that may arise from the State against you. We have handled Title IX complaints of sexual misconduct in our experience defending clients accused of committing sex crimes while in college. You should not delay in securing legal counsel – the sooner you get a lawyer, the better prepared you will be for how to proceed. Call us now in Gainesville at 352-264-7800 or contact us online 24/7 for a free consultation.