Deputies responded to a  Merritt Island home after the Sheriff’s Office was tipped off by a concerned citizen who heard what they believed was animal cruelty in progress.

Deputies alleged they found several severely malnourished dogs, as well as a fighting ring and visible blood on the fighting structure and the dogs.

Agents from the Sheriff’s Office’s Special Investigations units and Brevard County Animal Services responded to the scene where they collected evidence and safely rescued the dogs.

A 41-year-old man and a 32-year-old woman, both of Merritt Island, were arrested. 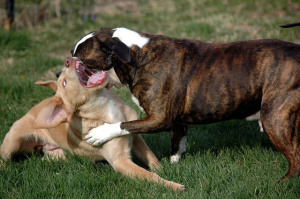 The man was charged with fighting dogs and was taken to the Brevard County Jail, where he’s being held on no bond. According to court records, the man is currently on federal probation and has a lengthy violent criminal history, including sexual battery, battery and assault on law enforcement officers, weapons, narcotics and resisting arrest charges.

The woman was charged with cruelty to animals. She was taken to the Brevard County Jail, where she’s being held on $500. Records indicate that the woman has a local criminal history, including aggravated child abuse, theft and multiple narcotics charges.

The dogs were seized and taken to the Sheriff’s Office’s Animal Services Center for emergency medical treatment.

In addition to the dogs, deputies claim they found cash and firearms. The investigation is ongoing.

Florida views animal cruelty charges very seriously and aggressively prosecutes these cases. If you have been arrested and charged with animal cruelty, neglect or any form of animal abuse, you are looking at the very real possibility of jail time and significant monetary fines anywhere from $50 all the way up to $10,000.

END_OF_DOCUMENT_TOKEN_TO_BE_REPLACED

A 62-year-old Daytona Beach man pleaded no contest to charges that he was sexually abusing his small female dog on Thursday, according to the state attorney’s office.

Reports indicate that neighbors of the man said they saw the accused have sex with his 8-month-old dog.

Authorities allege that the dog showed signs of sexual abuse. They further claim that the dog was tied up to a post with no food or water, according to the report.

The pit bull mix is now in the custody of animal rescue.

The man pleaded no contest to felony cruelty to animals and sexual activities involving animals.

His sentencing has been scheduled for next month and he faces up to five years in prison.

Animal cruelty charges can range in severity from misdemeanors to felonies, depending on the behavior in question. Animal cruelty becomes a third-degree felony under Florida law when a person intentionally commits any act on any animal that results in excessive or repeated unnecessary pain or suffering or cruelty that results in death of the animal. When animal cruelty is charged as a third-degree felony it carries a maximum penalty of a $10,000 fine and five years in prison. If prosecutors can show that the person accused of the animal cruelty violation knowingly and intentionally tortured or tormentented the animal to the point that it resulted in the injury, mutilation or death of the animal, the mandatory minimum fine for the offense will be $2,500 and the offender will be obligated to complete counseling or anger management courses.

END_OF_DOCUMENT_TOKEN_TO_BE_REPLACED

Police have arrested two people in Welaka and charged them both with animal cruelty.

The Putnam County Sheriff’s Office received information regarding a possibly malnourished dog in the 100 block of Beecher Springs Road on Monday, July 22, 2013.

A further investigation revealed a deceased dog lying near a trash collection site along with four puppies, one of which was also dead. A witness at the site collected the three remaining puppies, and took them home to care for them.

Police conducted a search and found that the pit bull / hound mix and her puppies may have been neglected and/or abused as they were severely emaciated.

A female suspect was located and arrested and booked into the Putnam County Jail on 5 counts of Animal Cruelty. Her bail was set at $5,020.00.

During questioning, the woman apparently told police that her boyfriend dumped the dead dog and her puppies on the side of the road. A warrant was issued for the man’s arrest, but police could not track him down. 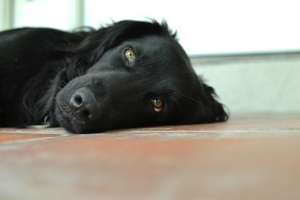 The man was located hiding out in the Welaka area on Monday, July 29, 2013. He was arrested and transported to the Putnam County Jail where he was booked on two counts of Causing Cruel Death by Pain and Suffering to an Animal and three counts of Abandonment of an Animal. His bond was set at $4,520.00.

Only one of the puppies survived and is currently being cared for by a new family.

If you are facing an animal cruelty charge in Putnam County, you need to seek legal help from a criminal defense attorney qualified to handle your particular legal matter as soon as possible. In the state of Florida, animal cruelty charges can vary from a civil infraction all the way up to a serious felony. Should you be facing charges of cruelty or neglect to more than one animal or a group of animals, the number of charges against you can be increased and the financial impact of fines can be intensified.

END_OF_DOCUMENT_TOKEN_TO_BE_REPLACED

A 32-year-old Clearwater, Florida woman accused of tying a rubber band around the snout of a 9-month-old puppy for days pleaded not guilty in her first court appearance Monday.

The woman faces a charge of first-degree misdemeanor animal cruelty. A pretrial hearing was apparently set for March 26.

The puppy, a Yorkshire terrier/poodle mix, was taken from the woman’s home on Dec. 13 after investigators with SPCA Tampa Bay allegedly found his mouth clamped shut with a rubber band. The rubber band apparently kept the dog from eating and allegedly ripped through the skin and muscle around his muzzle. Officials claim the band tore a large hole through the top of the dog’s snout, where the continuous force ate away at weaker bones.

According to the SPCA, when an investigator pointed out the rubber band wrapped around the dog’s face, the woman apparently looked unconcerned. She allegedly told the investigator she would seek a veterinarian to treat the dog’s wounds. Officials claim the woman never sought medical treatment for the dog.

The dog has since been adopted by a Largo family.

Essentially, there are two types of animal cruelty – intentional cruelty and negligent cruelty. Intentionally inflicting cruel behavior to animals is viewed as violent and calculated animal abuse that can include torturing, beating, poisoning, mutilating, inhumanely confining or unnecessarily killing an animal. Negligent cruelty to animals is usually classified as failing to provide an animal with adequate care. This includes failing to treat a pet’s wounds or illnesses as well as not providing food, water, sanitary living conditions and suitable shelter.

END_OF_DOCUMENT_TOKEN_TO_BE_REPLACED

Two Port St. Lucie, Florida women have each been charged with two counts of animal cruelty by tormenting, depriving, mutilating or killing animals after they allegedly left two dogs inside a hot car at the Altamonte Mall on Saturday. Altamonte Springs police said that a mall security officer reported the dogs locked inside the car just after 2 p.m.

When officers arrived at the parking lot one dog was already dead. Firefighters tried to save the other dog, but it had to be euthanized. The dogs were male and female pugs.

According to the Orlando Sentinel, temperatures in Central Florida on Saturday were in the 90s. The pugs were trapped inside a black car, which is a color that police said absorbs heat and worsened the pugs’ situation. The windows were supposedly cracked slightly.

The dogs’ temperature was more than 120 degrees.

Security cameras allegedly show the women left the dogs inside the car one hour and 10 minutes before they were found. It was another hour before they returned to the car.

The women were taken to Seminole County jail and freed on $550 bail each.

According to the ASPCA, it only takes minutes for an animal to suffer from a heatstroke or suffocation when trapped in a vehicle. Unlike humans, animals sweat through their paws and cool themselves by panting. A pet’s body temperature can climb from a normal 102.5 to deadly levels within minutes. Extreme temperatures can injure the nervous and cardiovascular systems, often leaving the animal comatose, dehydrated and in jeopardy of eternal harm or death.

END_OF_DOCUMENT_TOKEN_TO_BE_REPLACED

If you’ve ever left your dog in the car for “just five minutes” on a summer day you could be subjected to criminal liability.

How? According to the United Animal Nations, dogs don’t have sweat glands all over their bodies as humans do. They cool off by panting, which is inefficient. Once a dog’s body temperature gets over about 106 — normal temperature is around 101 — dogs can suffer within a matter of minutes, everything from nerve damage, heart problems, liver damage, and systemic organ failure.

The United Animal Nations has a program on their website that shows how hot a car can really get. For example, when it’s 72 degrees, a car in direct sun can reach an internal temperature of 116 degrees. Even in the shade, a car can be 10 to 20 degrees hotter than outdoors–and cracking the window has almost no effect.

In light of these facts, leaving your dog in the car can also have criminal consequences. Under Florida Law, animal cruelty can result in a court-imposed fine of up to $5000, and imprisonment up to one (1) year. Intentional cruelty is a felony and a defendant could be fined up to $10,000, and sent to prison for 5 years.