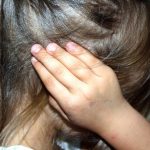 Former Texas Rangers star and 2010 American League MVP Josh Hamilton was indicted on a felony charge for injury to a minor on Monday, according to news reports.

Hamilton turned himself in to police and was arrested in October for hitting and scratching his daughter.

According to reports, Hamilton told his daughter to tell the judge “what a terrible dad I am” to ensure she would never have to visit his home again. When interviewed by Child Protective Services, his daughter allegedly told the interviewer that Hamilton started to assault and throw things at her after she made a comment that upset him, records show.

The former baseball player is accused of throwing a full water bottle that hit his daughter in the chest. Hamilton then pulled a chair from under his daughter and threw it at her, a warrant says.

Hamilton then allegedly took his daughter to a room, pinned her to a bed and repeatedly hit her on the back and legs, according to an arrest warrant.

Hamilton has three children and court records show he is accused of assaulting the oldest. His ex-wife has filed for a temporary restraining order on her daughter’s behalf.

Hamilton, 38, hasn’t appeared in the majors since 2015. In addition to the Rangers, he played for the Cincinnati Reds and Los Angeles Angels over parts of a nine-season career. The No. 1 pick in the 1999 draft, Hamilton’s career was delayed by substance abuse and addiction issues.

What Is Domestic Violence in Florida?

As defined by law, domestic violence is:

“Family or household member” means spouses, former spouses, persons related by blood or marriage, persons who are presently residing together as if a family or who have resided together in the past as if a family, and persons who are parents of a child in common regardless of whether they have been married. With the exception of persons who have a child in common, the family or household members must be currently residing or have in the past resided together in the same single dwelling unit.

Due to the relationships involved and the complexity of the laws, domestic violence cases are often mentally and emotionally taxing. If you have been accused of a domestic violence crime, you must protect your rights. You will need an experienced criminal defense lawyer to help you fight back against these charges.

Criminal courts in Florida, and throughout the U.S., are extremely tough on domestic violence. Our Domestic Violence and Child Abuse Attorneys at Whittel & Melton are well equipped to handle cases stemming from the area of domestic violence. We know the damage this can cause to your reputation and the strain it can place on your relationship with family members and friends. We want to help you through this difficult time and simplify the legal process for you.

When these acts are carried out against a family or household member, they may constitute domestic violence. The following are examples of relationships that may fall under the umbrella of domestic violence:

Our Florida Domestic Violence and Child Abuse Attorneys at Whittel & Melton are here to represent you if you have been arrested or accused of committing domestic violence. If you find yourself in this situation, we want you to understand that you need an experienced attorney to handle your case. We are here to help you, so please reach out to us for a free consultation.