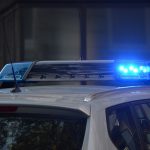 According to Hernando County Sheriff Al Nienhuis, the incident happened at a home located on Dunkirk Road around 10:00 a.m. on Friday, April 10.

The sheriff’s office said they received a 911 call from a woman who was initially out of town. They said the woman received a suicidal text from a person living in the home.

The individual was identified as a 43-year-old man.

Prior to calling law enforcement, the woman drove back to the residence where she found the home on fire. She saw at least one dead individual inside the home before exiting.

The Hernando County Fire Rescue entered the home where they found three dead individuals inside.

The fire was confined to one particular area of the home and was extinguished quickly.

The man, along with a boy and a girl, were found dead.

The preliminary investigation reveals that the man committed suicide after killing the two children.

The Medical Examiner’s Office and the Fire Marshal’s Office responded to assist with the investigation.

Officials said records show there was one previous call at the home on March 22 in regards to a verbal disturbance.

The investigation remains active at this time.

During the news conference, Nienhuis stressed the importance of people knowing where to call if they are struggling with matters.

One of the children was an elementary school student and the other child was in middle school.

If you, or someone you know, is struggling call:

When most people hear of domestic violence (also known as “DV”) cases, they think of a male figure with an anger management problem who routinely puts his wife and kids in the hospital whenever there is an argument. The reality of DV cases is very different. Domestic violence accusations can come about from really any situation, from heated arguments to child custody cases to both parties being under the influence of alcohol or drugs.

Due to these cases being severely emotionally charged, prosecutors and the courts are notorious for doling out strict penalties for those accused and charged with domestic violence. The penalties for a domestic violence charge can be absolutely devastating. Domestic violence or domestic battery in Florida is classified as a first-degree misdemeanor, with penalties that may include up to one year in jail or twelve months probation, and a $1,000 fine. Because of the ‘domestic’ nature of the crime, those convicted will face additional mandatory penalties under Chapter 741, Florida Statutes, including:

Domestic violence is a group of offenses that include:

Domestic violence charges can also arise from certain emotional and/or psychological abuse. Some examples of emotional abuse are:

Our Spring Hill Domestic Violence Attorneys at Whittel & Melton are here to help with your defense against these charges. We can help you understand the charges against you and what can be done to achieve the best possible outcome.