Investigators believe that a 44-year-old convicted child abuser on probation until 2026 passed himself off as a lawyer and conned a convict’s family out of $70,000.

Police claim the man has now vanished. State agents looked to arrest him this week on charges of grand theft and practicing law without a license.

The man is on probation for aggravated child abuse after serving two years behind bars. 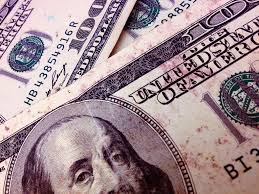 According to the Florida Department of Law Enforcement, the man promised he could free a prison inmate currently serving a 27-year sentence for a 1999 kidnapping in less than 90 days.

The inmate’s relatives hired the suspect after meeting him through an uncle, whom the suspect represented on a traffic ticket last fall, according to police.

The suspect allegedly told the family that he had arranged a deal with prosecutors who agreed to have the inmate’s case vacated.

According to reports, the suspect claimed his law partners were real-life attorneys who actually represented him in 2007 on a sexual battery on a minor charge that was later reduced as part of a plea deal.

The suspect promised that the inmate would be released in 90 days, according to the warrant.

The family became suspicious of the suspect and contacted the attorneys that the man had listed as his partners.

One of the attorneys contacted his former client asking for an explanation, and the suspect allegedly told him he was working undercover as part of a FBI investigation into corruption into the State Attorney’s Office.

FDLE agents became aware of the man’s activities and uncovered that he had offered his legal services to another man facing criminal charges, but the man refused to sign the paperwork.

Various occupations require people to obtain licensure before they can practice in that specific profession. Licenses are required for many occupations, including attorneys, nurses, engineers, physicians, social workers, real estate agents, accountants and many others. Anyone without a proper license who attempts to engage in one of these professions commits the crime of practicing without a license.

As this case shows, practicing without a license is usually accompanied by additional charges, such as theft or fraud. The charges this man is facing are quite serious. When the value of stolen property is between $20,000 and $100,000, a person can be charged with a second-degree felony for grand theft. This crime is punishable by up to 15 years in Florida state prison and $10,000 in fines.

If you or someone you love is facing serious criminal charges in south Florida, a Miami-Dade County Criminal Defense Lawyer at Whittel & Melton can help. Despite the circumstances surrounding your case, we can help fight for your future. The consequences associated with a criminal conviction are quite severe, so it is best to not delay in seeking qualified legal representation. We know what is at stake for you, so please call us today at 866-608-5529 or contact us online to discuss your legal options.