On Friday, a federal judge sentenced a south Florida doctor to more than six years in prison for her involvement in writing prescriptions for thousands of painkillers to addicts and drug dealers.

She was convicted of money laundering.

In July of 2013 a jury acquitted the 43-year-old woman and a 74-year-old man on charges that their roles in a chain of South Florida pain clinics led to the deaths of nine patients. They both faced up to life in prison and $2 million in fines. 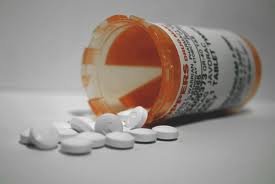 The doctors and their defense team fought to prove that they were unaware of the conspiracy and were practicing medicine in line with state standards, which allow licensed physicians to dispense opioid pain pills without fear of punishment.

However, the jury convicted the pair of money laundering for their role in the “pill mill” scheme.

A U.S. District Judge sentenced the female doctor to 78 months in prison, while the man received 18 months. Both must also pay $10,000 in fines.

The woman’s lawyer says they plan to appeal the conviction.

The two doctors’ trial ended a four-year operation that targeted a slew of South Florida pain clinics that resulted in racketeering charges against 32 people in 2010.

The majority of these pills were pushed up the East Coast and sold at high markups in rural communities reaching from northern Alabama to western Pennsylvania. Interstate 95 was actually nicknamed Oxy Alley by dealers who frequently drove hundreds of miles to South Florida to buy cheap pain pills.

Florida law enforcement has been trying hard to crack down on the epidemic of prescription drug abuse within recent years. However, the restriction on painkillers has led to more heroin abuse.

Deaths from heroin rose 89 percent in Florida, from 62 in 2011 to 117 in 2012, according to a report by the National Institute on Drug Abuse. According to reports, the heroin problem in south Florida has reached epidemic proportions.

Money laundering is a very serious federal crime that entails taking unlawfully obtained money and working to incorporate it so it appears to come from a lawful source. In general, money laundering involves a string of various financial transactions and multiple bank accounts. Today’s technology only makes these cases that much more complex, oftentimes complicating paper trails and making many Internet transactions harder to trace.

Money laundering charges are commonly associated with organized crime, like drug trafficking or similar charges, as this case demonstrates. The FBI and DEA are regularly involved in these types of cases, and you can be guaranteed that they will stop at nothing to attain any evidence against you and tirelessly pursue a conviction. If you would like to learn how a Miami-Dade County Federal Criminal Defense Lawyer at Whittel & Melton can help you defeat the charges stacked against you, please contact us today online or call 866-608-5529 for a free consultation. Make no mistake – you need immediate representation when it comes to federal charges, including those related to money laundering.