A spokeswoman for the Florida Democrat announced that U.S. Rep. Alan Grayson of Florida will not be charged in a domestic incident involving his wife.

A judge granted a temporary protective injunction against U.S. Rep. Alan Grayson after his wife filed paperwork accusing the Orlando congressman of shoving and injuring her during an incident earlier this month.

Lolita Grayson’s petition for the injunction claimed her husband pushed her against a door, causing her to fall to the ground, during a confrontation on March 1 at their home on Oak Park Road near Windermere. 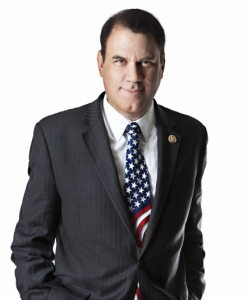 The incident came just less than two months after Lolita Grayson filed a divorce petition stating that their marriage of nearly 24 years was “irretrievably broken.”

Rep. Grayson was first elected to Congress in 2008 but lost his 2010 re-election bid.

Domestic violence accusations are not taken lightly by police and prosecutors. These serious allegations can ruin a person’s reputation and take away their freedom. Being wrongly accused of committing acts of domestic violence can significantly impact an innocent person’s life forever. A conviction for domestic violence or a related crime carries devastating penalties, including jail or prison time, probation, fines, loss of contact with loved ones, impact on child custody and visitation rights and will leave a permanent stain on your criminal record. These cases are prosecuted quite aggressively and charges can still be pursued even if a victim declines to press charges.

In many domestic violence cases, individuals will make false allegations of abuse against partners out of spite. This is quite common in divorce and child custody cases. An Orange County Criminal Defense Attorney at Whittel & Melton can help you avoid a conviction stemming from false allegations by searching for inconsistencies in the alleged victim’s story by comparing witness statements and police records.

If you or someone you love has been accused of domestic violence in Orlando, Maitland or Windermere, an Orange County Criminal Defense Lawyer at Whittel & Melton can build a strong defense on your behalf to oppose the prosecution’s claims against you. You can rest assure that we will endeavor to gather every shred of evidence necessary to protect you rights. To learn more about how we can help you, please call us today at 866-608-5529 or fill out a free online consultation form.