The 57-year-old owner of a South Florida based construction company, faces between two and three years in prison at his sentencing this fall after reaching a plea deal on a theft conspiracy charge with the U.S. attorney’s office.

The man was charged with paying about $6.2 million in kickbacks to various founders and CEOs of different housing groups. 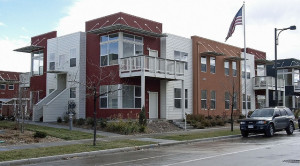 According to records filed in Miami federal court, they all allegedly cut a “side agreement” to inflate the construction costs of low-income apartment projects in Miami-Dade County to qualify for bigger government subsidies and then pocketed the “excess” profits.

The man accused allegedly made $1.3 million off the illicit scheme, according to prosecutors.

This man is the second builder to plead guilty in the alleged fraud conspiracy.

Last month, a 63-year-old founder of another construction company pleaded guilty to the same theft conspiracy charge, stemming from paying more than $1 million in kickbacks to other groups, according to records.

Federal conspiracy charges are nothing to joke about. When the federal government has invested the time, money and resources into indicting you on a federal charge, it is guaranteed that they will pursue your case in court quite aggressively. A charge like conspiracy carries significant sentencing and long-term consequences, so it is important that you seek the best legal representation so that your case can be handled accordingly.

The process of federal court is very different from that of state court. You need representation that thoroughly understands federal court procedures as well as sentencing guidelines. At Whittel & Melton, our Federal White Collar Criminal Defense Lawyers have worked extensively in the federal court system. We can help you with your unique situation and give you the best guidance on the legal defense options available to you. For a free consultation, please call us today at 866-608-5529 or contact us online.