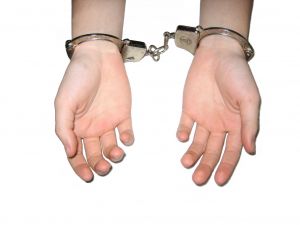 A Miami resident and a Mexican national were indicted by a federal grand jury Tuesday for allegedly trying to sell a $3 million Henri Matisse painting to undercover FBI agents.

The duo is accused of attempting to sell Matisse’s “Odalisque in Red Pants” to undercover agents for $740,000 in a Miami Beach hotel room. They were arrested once the alleged deal was made on July 17.

According to reports, the painting was stolen from a museum in Venezuela in 2002 and swapped with a fake. One of the suspects apparently told police the theft had been an inside job.

The two were charged with transporting and possessing stolen property.

They are scheduled to appear for arraignment this week.

Possessing stolen property is viewed as a serious crime in Florida. While no news has surfaced whether the pair will be charged with the original theft of the painting, charges of dealing in stolen property can carry harsher punishments than any theft charge. Depending on the specific set of facts surrounding the case, dealing in stolen property can be charged as a first or second-degree felony. Second-degree felonies in Florida carry mandatory prison terms, and this duo could each face up to 10 years in prison if convicted of the crime.

For the government to obtain a conviction, they only must prove that you should have known the property was stolen. Whether or not you knew the property to be stolen is irrelevant. The Florida Criminal Defense Lawyers at Whittel & Melton are fully aware of the legal complexities surrounding these cases. Despite whether you think your case is hopeless, it is best to contact a criminal defense lawyer as early on as possible. Prosecutors may have a hard time proving that you should have known the property was stolen. If your arrest stems from the involvement of undercover FBI agents, the issue of entrapment could be a relevant defense. At Whittel & Melton, our criminal defense lawyers can protect your rights and determine the options available to you regarding your defense strategy.

If you or someone you care for has been accused of dealing in stolen property throughout the state of Florida, contact the Florida Criminal Defense Lawyers at Whittel & Melton online or call us statewide and toll-free at 1-866-608-5LAW (5529).