A Penn State University associate sociology professor was arrested during a flight from Nicaragua to Miami on Saturday. Her onboard speech about U.S.-Venezuela relations apparently got her pulled off a flight in Miami.

Authorities claim that the 52-year-old, who lives outside Philadelphia, is facing disorderly conduct and breach of peace charges for going on a rant and lighting a cigarette during the flight. 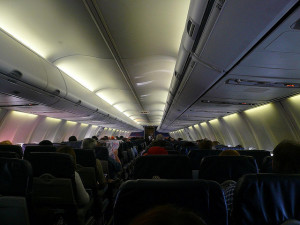 A passenger apparently caught the alleged rant on video. Police said it shows the woman lighting a cigarette and blaming it on another passenger. Flight attendants requested that police meet the flight in Miami, where the woman was taken into custody.

The woman wrote an email after she returned to Pennsylvania that alleges she was mistreated. She says all she did was speak out against U.S. treatment of Venezuela.

Disorderly conduct is classified as engaging in conduct that caused a disturbance by being unreasonably:

The problem with disorderly conduct charges is that they are so broadly written they give police officers much room for interpretation. It’s up to the officer who arrives at the scene to assess whether or not behavior should be defined as disorderly. If they do believe disorderly conduct is occurring, or has occurred, police have the authority to make an arrest in any public or private place, which includes an airplane.

END_OF_DOCUMENT_TOKEN_TO_BE_REPLACED

A bar popular with college students in downtown Boca Raton was the scene of two fights earlier this month, and has been the place of nearly a hundred arrests since its opening last June, according to Boca Raton police records.

Police are now saying that the high number of disturbances at 101 Cantina in downtown Boca must be dealt with.

The bar’s Boca Raton location had its grand opening party on June 8, 2013. Since then, officers have responded to 92 calls for service for incidents including fights, vandalism, beverage violations and other disturbances, according to police records.

The total number of arrests at this point is 98. Of the total arrests, the majority are due to underage drinking. 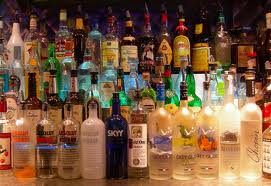 In fact, according to police records, 78 of the 98 arrests were for possession of alcohol by a minor. While underage drinking charges do not generally result in the suspect being taken to jail, police still give suspects notices to appear in court at a later date, which counts as an arrest.

The suspects arrested at 101 Cantina range in age from 17 to 20. Police claim they are working with state regulators and the Palm Beach County State Attorney’s office to address issues at the bar.

As for the two fights earlier this month, one involved an 18-year-old Boca Raton man who was allegedly jumped by a group of about six to eight males as he was leaving, according to the incident report. Police noted that “there were over 200 people in the area” when the fight happened, and no witnesses were able to describe the suspects. No arrests have been made.

The second fight, apparently happened at about 2:30 a.m. and resulted in the arrest of a 21-year-old man who faces a charge of causing a disturbance.

In the state of Florida, it is considered illegal for any person under the age of 21 to possess or consume alcoholic beverages. A conviction for underage drinking can vary depending on the details of the case, but maximum penalties generally include up to 60 days in jail and a fine up to $500. In addition to time behind bars and fines, the defendant could also face driver’s license suspension or revocation. In order to protect yourself from the strict consequences that come along with an underage drinking conviction, you must act quickly and enlist the help of a criminal defense attorney.

END_OF_DOCUMENT_TOKEN_TO_BE_REPLACED 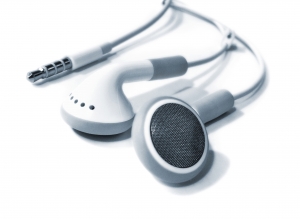 A New Hampshire woman was arrested four times in 26 hours last week for playing loud AC/DC and Guns N’ Roses music and allegedly throwing a frying pan at her nephew.

Police claim they first visited the woman’s home last Tuesday and warned her to turn down the music. An hour later police arrested her because the loud music was apparently still playing.

The 53-year-old woman was released on $500 personal recognizance bail, but was arrested a second time just five hours later because of additional reports of loud music.

Four hours later she was arrested for a third time after another loud music complaint. She was released later on $10,000 bond.

Police claim the woman was blaring AC/DC’s “Highway to Hell” as well as music by the group Guns N’ Roses when they arrived at the woman’s home the first four times.
Police visited the woman’s home a final time for a report of a domestic disturbance.

The woman’s nephew apparently told police the woman threw a frying pan at his head when he attempted to remove some of his belongings from her home.

She was arrested a fourth time, and a judge ordered her to undergo a mental health evaluation. Upon completion of this, the judge said she will be released to home confinement with electronic monitoring.

The judge also suggested the woman should invest in headphones. She is due back in court on Oct. 15.

If a judge believes a person accused of committing a crime, or as this case shows, several crimes, may be unable or unfit to stand trial, he or she may order the defendant to undergo a mental competency evaluation. Mental health experts, such as psychologists, social workers and psychiatrists will evaluate the defendant through a variety of methods in order to answer any questions brought forth by the judge as well as prosecuting and defense lawyers. If the tests results are sufficient, the defendant will either be deemed able to stand trial or will receive proper mental health treatment.

Mental health evaluations are used to appropriately determine if a defendant is in fact capable of assisting in his or her defense and to ensure that court proceedings do not violate the defendant’s civil rights. Those accused of crimes are expected to make decisions about entering innocent or guilty pleas, waiving their right to legal counsel or waiving their constitutional rights. However, if the accused is mentally ill or disable and cannot make these important decisions, the court must be aware of these conditions so the defendant’s rights are not violated. If the findings of a mental health evaluation reveal that a defendant is incompetent, the accused can be admitted to an institution immediately to begin receiving proper treatment.

END_OF_DOCUMENT_TOKEN_TO_BE_REPLACED

The Hernando County Sherriff’s Office arrested a 55-year-old Spring Hill, Florida man for breach of peace and disorderly conduct after neighbors complained he pulled his pants down and urinated in his front lawn. Deputies say the man was allegedly intoxicated and found laying in his yard with his pants around his ankles.

Neighbors told police that the man was wearing jeans, but then he pulled them down to supposedly urinate.

According to the Hernando Today, the neighbors claim they could only see his backside, but were concerned for their small children.

Once deputies arrived at the man’s home he was helped to his feet and allegedly admitted to drinking roughly four beers. He wouldn’t answer why he urinated in his yard.

The man was transported to Hernando County jail with bail set at $250.